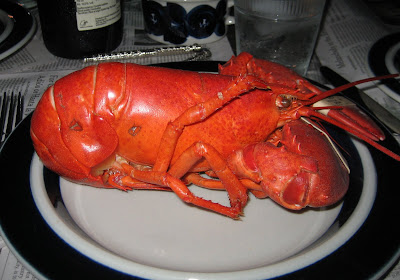 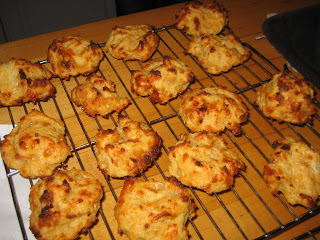 Our last girls cooking night didn't have a theme per se, but everything revolved around Marian coming back from Maine with live lobsters. I made gougeres -- basically French cheesy poufs.

They're made by bringing butter and milk to a boil, then mixing in flour to create a choux pastry like the kind used for cream puffs, only seasoned with salt and cayenne pepper. Then 2 cups of cheese are mixed in. They were delicious, but next time I will be less lazy. After grating a cup and a half of gruyere by hand on the microplaner, for the remaining 1/2 cup, I just used coarse grated parmegianno. I think they'd be prettier and fluffier if it had all been finely grated cheese. 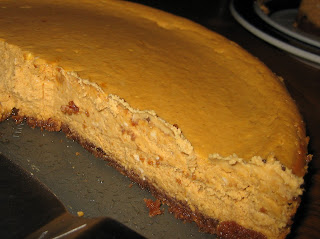 The lobster was sweet and delicious, accompanied by a salad. It was the perfect end to the summer. Followed by Brownie's pumpkin cheesecake, welcoming us into the Fall
Posted by fougoo at 9:19 AM