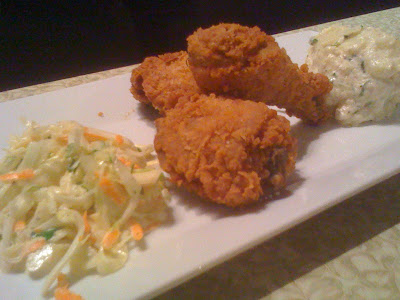 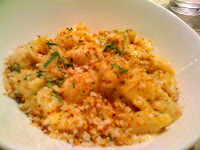 I'm signed up for a few of those local deal sites, but I find myself rarely being interested in any of the offers, until this one showed up from Rue Philly.  The deal couldn't be beat - $15 for a 3-course meal.  And the restaurant West Side Gravy was less than an hour away from us in Collingswood, NJ, and served up classic comfort food.

It took us a while, but we finally made it out there on a Friday night.  The place is next door to its more upscale sister restaurant Blackbird, which was packed -- a good sign.

I started out with a salad, knowing that I would help Redneckhunter eat his Mac and Cheese.  That was one perfect mac and cheese!  I think it had the most al dente pasta I've ever had in a mac and cheese -- really toothsome -- the cheddar, gruyere, and fontina cheeses were rich and creamy, and the breadcrumbs crispy.  It was a huge portion, so I'm glad we could share it.  Later was we were leaving we saw a poster for a local mac and cheese competition, at which West Side Gravy chef Alex Capasso was competing.  After having his mac, my money was on him to win it!  My salad was really nice too -- mixed greens with Granny Smith apples, gorgonzola, candied pecans, dried cranberries, and a light bright vinaigrette.

Our entrees were equally yummy.  The chicken was super super crispy, and it came with 3 pieces, so I had enough to bring a doggy bag home.  Redneckhunter got the open-faced turkey sandwich -- which made us nostalgic for grade school cafeteria lunch, only much much better. 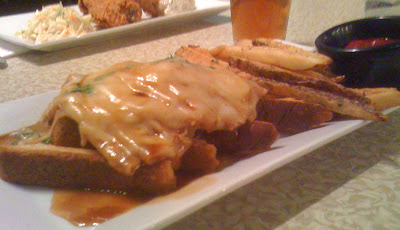 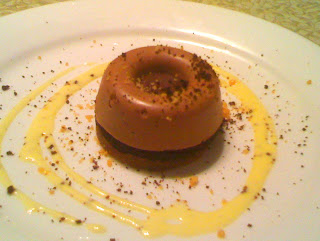 We definitely decided this place was worth coming back to, even paying full price.  The prices were incredibly reasonable with most entrees being under $10.  And we also thought that maybe one day we'd try the Blackbird next door.

Posted by fougoo at 7:39 PM No comments: