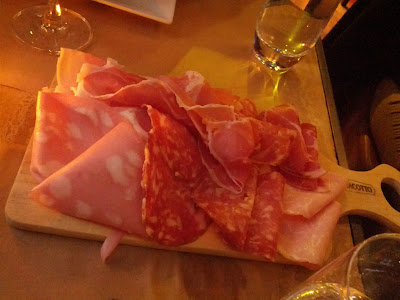 Even though I used to live and work on the Upper West Side, these days I don't often find myself in that neighborhood often, so when we had a concert to go to at the Beacon Theater, even though it was Good Friday, we decided to be bad Catholics and eat at Salumeria Rosi. 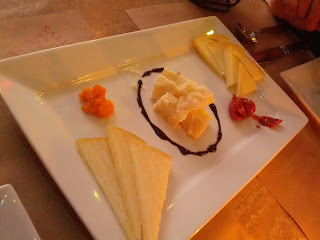 Naturally we started with the chef's selection of salumi -- we got their signature parmacotto, mortadella de bologna, proscuitto (can't remember from which region), coppa, and maybe a couple more.

Also got the cheese selection, though I tried to talk Redneckhunter out of this in favor of something from the main menu. Nothing too special here - we got a parmigianno romano, smoked provolone (our favorite of the 3), and a pecorino. 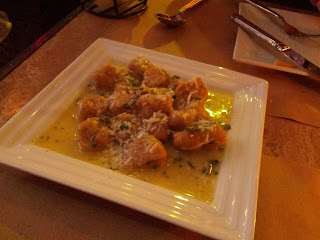 We got 2 dishes from the main menu - sweet potato gnocchi and and Pancia -- slow cooked pork belly served with Tuscan chickpeas, blanched greens and crispy skin (which was the best part, naturally). 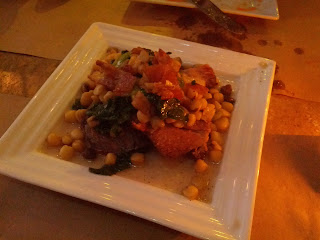 We had a nice cup of coffee while waiting for our friend who was meeting us, bug instead of staying for dessert, we decided to brave the cold and grab a waffle from the Wafel and Dinges cart we had spotted outside the 72nd Street subway station before the show.