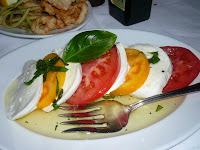 While staying at Caesar's Palace last week, we had dinner one night at Italian restaurant, Rao's, a branch of the New York Rao's which was apparently so exclusive no one could ever eat there. Not so in Vegas. 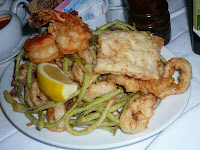 The restaurant is pretty good Italian cuisine. I liked that it was served family style, so we all got to try a good variety of dishes.
For appetizers, we got the Insalata Caprese, which was not quite in season, but the cheese was nice. We also got the Fritto Misto di Mare, which had some nice fried calamari, shrimp, cod and shredded zucchini. 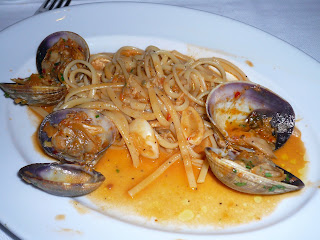 My favorite dish was our pasta dish. We got the linguine with clams, served in a spicy garlic, tomato broth. It was really good. 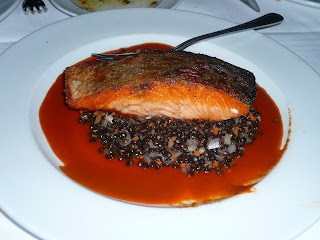 We also got the Salmon with black lentils. The skin was nice a crisp, and the lentils were pretty tasty. 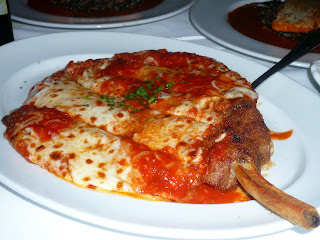 We ordered the veal parmesan, which was huge, served on the bone and sliced for everyone to share. 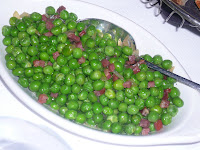 We also had a nice side of peas with slice prosciutto de parma and onions. 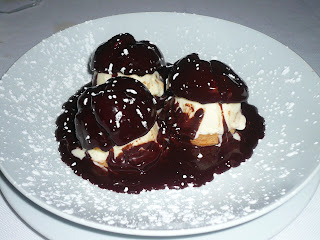 We were so full from dinner, that for dessert, we just shared a small order of profiteroles.
Posted by 1000yregg at 7:45 AM