Swine and Pork at the Maryland State Fair 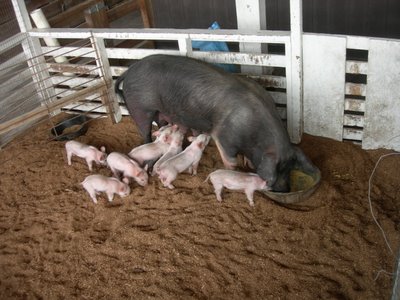 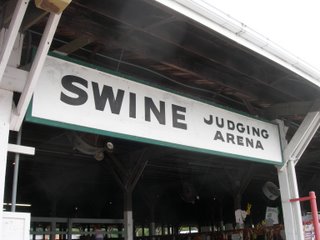 So all week, the Maryland State Fair is running on the Timonium Fairgrounds. It's the 125th anniversary of this farming event. Whereas most people go for funnel cake, ride the ferris wheel, or see Rascal Flatts, it's also a serious competition among the Maryland farmers. 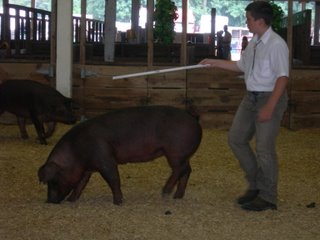 I arrived early this morning to check out the livestock exhibition and judging pens. First up, my favorite, swine! 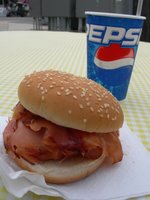 This morning was the children's competition. It's pretty funny to watch little kids trying to direct pigs that are probably bigger than them around the pen. The announcer was helpful in explaining what made a particular pig superior to others.
Thankfully, across from swine judging, the Maryland Pork Association was selling delicious smoked ham sandwiches. 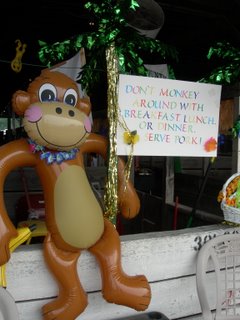