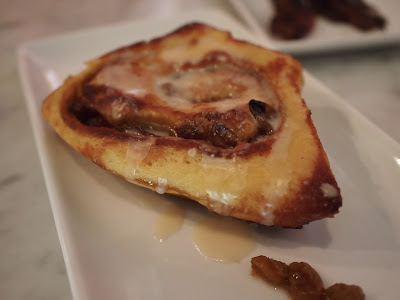 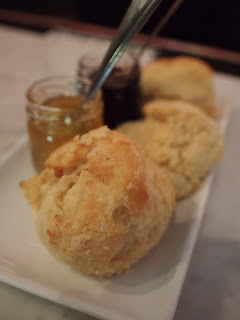 I'm a fan of Blacksauce Kitchen, and their biscuits at the Saturday morning Waverly Market in Baltimore, so when I heard that they were going to be making brunch at the Creative Alliance in town, I could not pass up an invite to go. This was the second time running the event, and the host said they had got out some of the kinks from the first date the month before.
We ordered several items off the "Small Plates" part of the menu to start.
Before those items arrived though, they brought us small biscuits to start. These were not as good as the ones they have on Saturdays, but they were still tasty.
Our first item was an aged rum sticky bun. It had a generous rum flavor to it, and was my favorite of the starters. 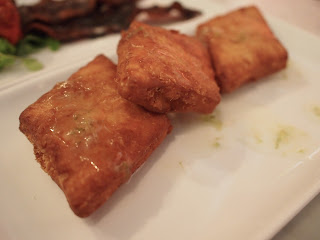 The next item was warm beignets with a sweet lime glaze. I wish there was more of the sweet-sour glaze because it was so good.
We also ordered a small plate of their double smoked bacon. It had a sprinkle of pepper and was topped with what seemed to be a homemade ketchup. 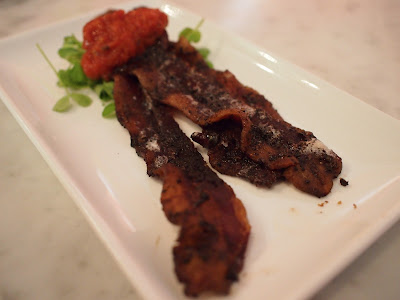 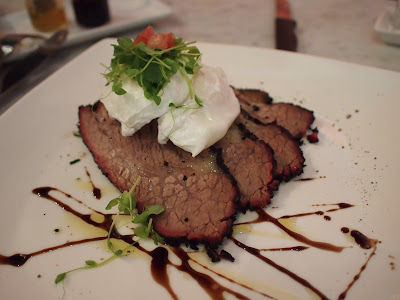 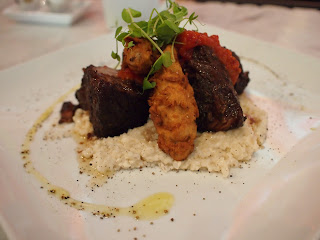 We ordered three "Large Plates" and passed the dishes around so we could all try them.
My favorite item was the beef brisket with poached eggs on top of cider braised greens. The beef was cooked beautifully and had a great flavor that was complemented with the greens.
The second dish was the beef shortribs, fried okra pickles and stoneground grits. The beef was nice and tender.
Our third plate was smoked almond French toast with apple compote on a sweet potato shallot hash.
They are planning another brunch the first Sunday in December. 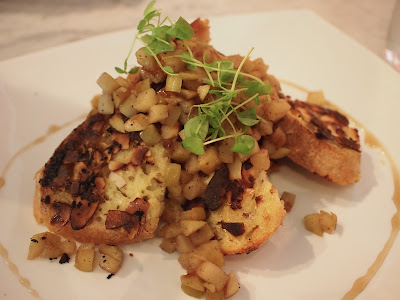