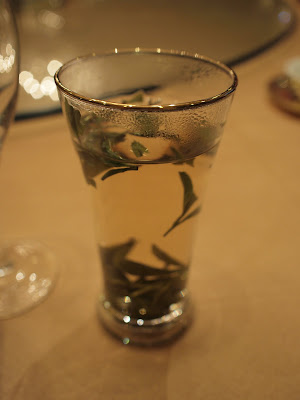 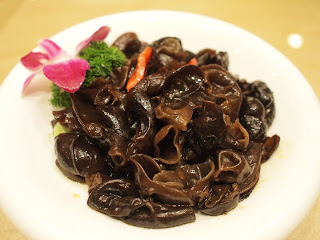 I'm going to admit an immediate bias in this post as I am going to talk about a restaurant run by distant members of my family in Shanghai called Shun Feng. They have 6 branches with one opening up this month, but the one we had several meals in was located on the 7th floor of the Shanghai No. 1 Department Store on East Nanjing Lu, the main strip in the city. 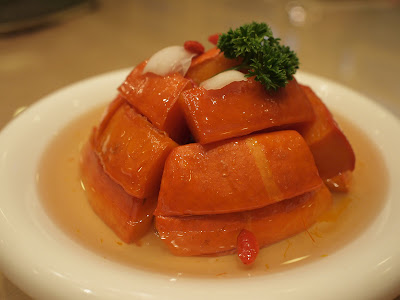 Shun Feng serves primarily Hangzhou style cuisine, and they try to source their ingredients locally. The restaurant also does not have an executive chef, rather they have many chefs, each who specialize in one dish or item. 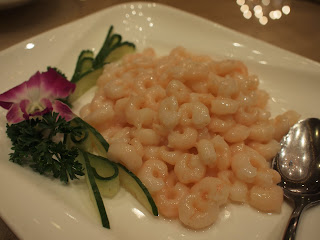 They have several hundred items on their menu, and I can say that every item I ate when I visited the restaurant was delicious.
For starters, the tea served with meals is Longjing tea, a form of green tea especially from Hangzhou. It's served in a glass and the leaves can be resteeped in hot water throughout the meal, and for me, the flavor and smoothness got better as the meal progressed. 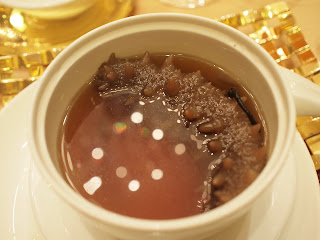 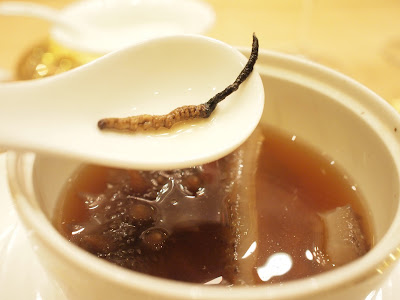 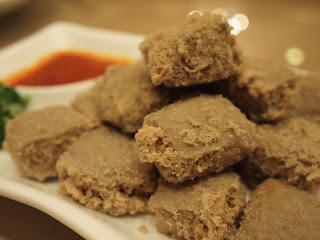 Another signature dish was fried stinky tofu from the city of Fuyang. When uncooked, stinky tofu is rotten tofu, and it smells terrible. When cooked though, the bad smell should go away, and can easily be served in a restaurant without scaring nearby diners. The flavor had a pungent quality reminiscent of stinky cheese. It goes really well lightly dipped in chili sauce. 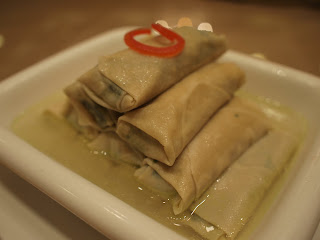 Some other highlights from my dinners at Shun Feng include:
- wood ear mushrooms - each one was uniform in size as the others
- pumpkin with a honey sauce
- freshwater shrimp
- pork and vegetables wrapped in tofu skin
- 1000 year egg (with the largest yolks I've ever seen) with pork sung 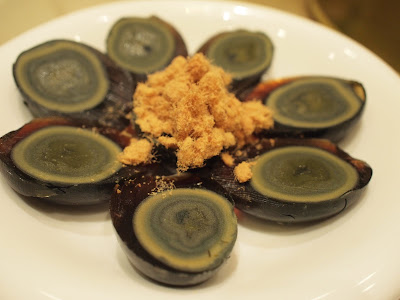 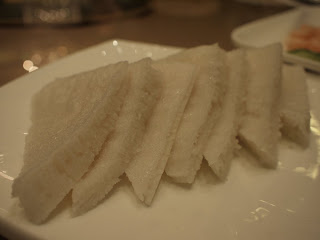 Desserts in Chinese cuisine are a bit odd, even for me, as there is really no use of dairy items.
I tried what seemed like "cake" made with rice and surprisingly the texture was like actual cake- fluffy and light. I had two versions- one a white just simply sweet cake, and the other was flavored with a Chinese fruit I can not recall, but it had a notes of dark chocolate in the flavors. 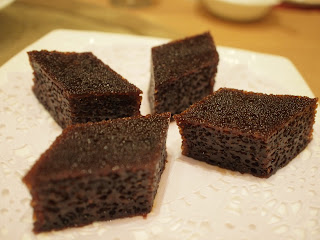 While not quite like Western desserts, it was an interesting item to try. Regardless, we would still end our meals with fruit which is much more consistent with Chinese cuisine. 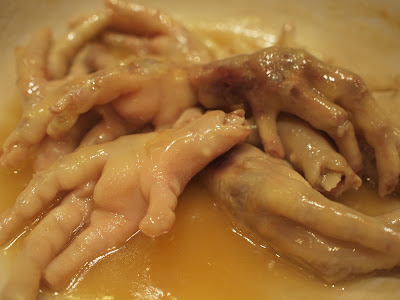 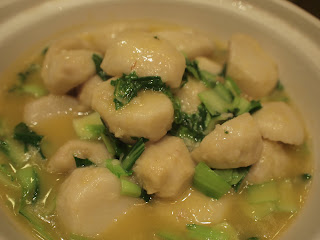 A few more items of note from Shun Feng included:
-chicken feet- these were cooked slow in a light chicken gravy- different that the Cantonese style
-taro with vegetables - this might have been the best taro dish I've ever had- the taro was smooth and creamy to bite into 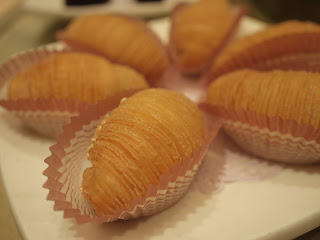 - fried turnip/daikon dumplings- this was another "best i've ever had" dish, the daikon inside was beautifully cooked and the outer layers of crust were delicious
-soup with egg dumplings, quail egg, clear rice noodles, stuffed tofu and vegetables

It makes me happy that whenever I go to Shanghai, I will be able to eat at my family's place, Shun Feng. They've taken flavors of home for me and pushed them into fine dining. 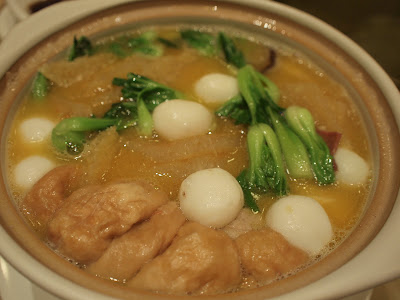 Their food IS amazing! I think this may be our most "scare-the-white-folk" meal yet on the blog.

You didn't even go into the fact that the caterpillar fungus comes from a fungus that enters a larva, kills it from within and then grows out of the dead larva body.

And stinky tofu when raw literally does smell like an open sewer...