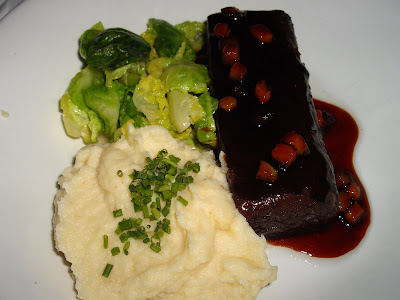 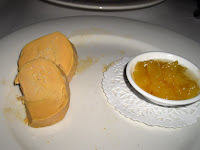 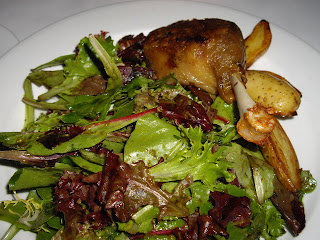 Redneckhunter was a little underwhelmed by his dish, which was confit of duck leg, accompanied by fingerling potatoes and wild greens.  I guess it was just not that exciting.
We were too stuffed to order dessert.  One other thing to note about this restaurant, and about Montreal culture, is that instead of the early bird special that you'd expect to find in a restaurant whose clientele's average age is 50, Lemeac had a late night special.  After 10 pm (22:00), they had a 2 course $22 Canadian prix fixe menu.
Lemeac
1045 Ave. Laurier Ouest
Outremont, Quebec
(514) 270-0999
Posted by fougoo at 3:16 PM