Marrow and Venison: Dinner with Foodie Friends in Greenpoint 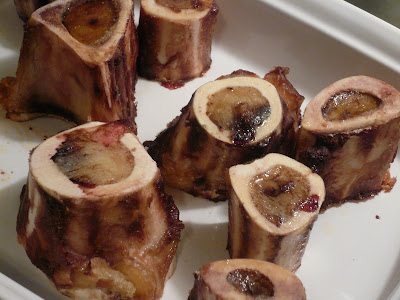 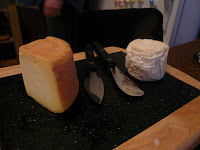 Fougoo's friend, Andy and his wife invited us over this past weekend for a foodie dinner at their place in Greenpoint in Brooklyn. What a dinner they had planned for us.
We started with some cheeses we got from Saxelby Cheesemongers in the Essex St. Market: a nice stinky raw cow's milk cheese called the Hooligan, and a nice creamy cow and goat cheese blend. 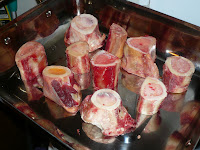 Andy had decided to start us off with an appetizer of bone marrow on toast. It actually was a really simple preparation- toss the bones on a pan, throw it in the oven, 20 minutes, we're ready. Redneckhunter prepped a nice parsley, caper, olive oil mix to eat with the marrow and toast. The marrow was so delicious that Andy's young son demanded seconds and thirds. 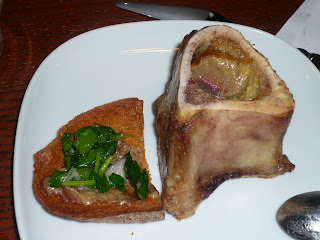 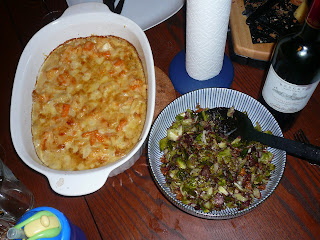 For our main course, Andy with the help of Redneckhunter prepped an amazing array of food. For our sides, Redneckhunter made his own unique style of brussel sprouts- with lots of bacon. We also had an amazing root vegetable au gratin consisting of celery root and parsnips with a nice gruyere. 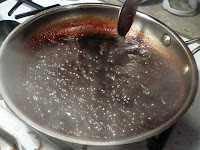 For the main course, Andy made some amazing venison. He started with a gallon of veal broth that he spent the whole day reducing. 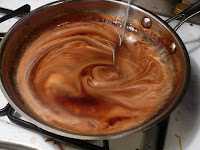 He included some red wine and shallots, and right at the end he added some cream. The result was pretty amazing especially with perfectly cooked medium rare venison.
It was an amazing meal nicely paired a Northwest Pinot Noir. 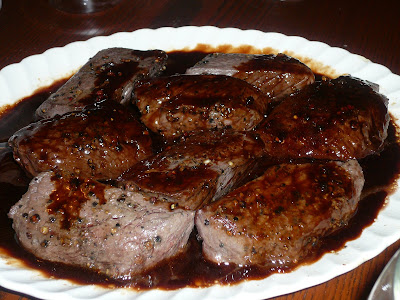 For dessert, we picked up a dozen doughnuts from the Doughnut Plant. I must say, the coconut creme was so heavenly. We also tried some of their seasonal doughnuts, including pumpkin cake and yeast doughnuts and an apple cinnamon. 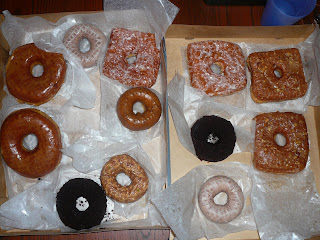