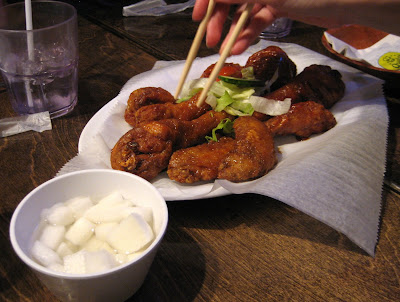 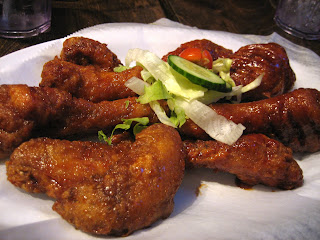 Stop #3 was my favorite on the safari. Unidentified Flying Chickens is one of several Korean fried chicken places that have opened up in the city. The Korean style of frying chicken involves frying once, pulling the chicken out and letting it cool slightly, then frying a second time. What this does is render the fat of the skin, making it thin and crispy. Then your choice of sauce is put on the chicken. We went with soy-ginger and spicy hot sauce. They were both phenomenal, and the crispy skin was amazing. 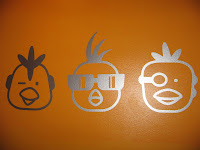 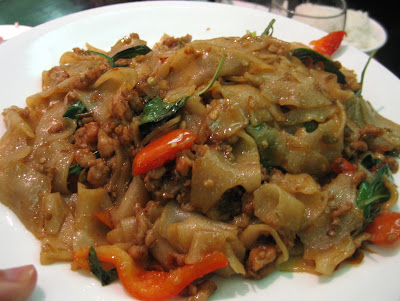 Our final stop for dinner was the Holy Grail of Thai food in NYC, which brownie had been wanting to go to for years now: Sripraphai. 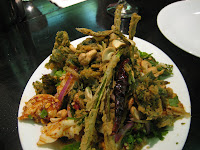 We started with a variety of salads: the crispy watercress salad which I love, a shredded green mango salad that was also wonderful, and a dried mushroom salad. 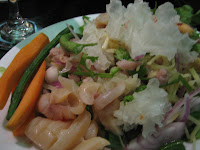 The "dried mushrooms" were actually ying-er, or silver wood ear, a tree fungus. 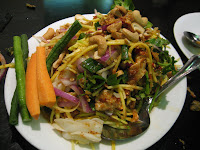 It's amazing how even though the salads had similar ingredients -- squid, red onion, lime -- the flavors of each salad were so different. 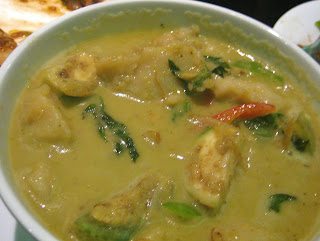 We also got drunken noodles (above), green curry with fish cake and thai eggplants, and sa-tor beans with spicy sauce and shrimp. Brownie was the only one who liked the bitter beans, but the other two dishes were wonderful as always. 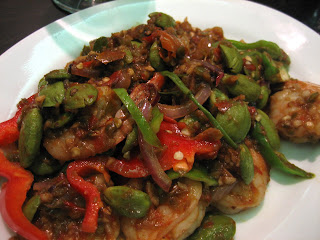