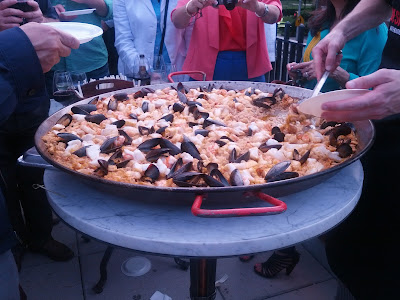 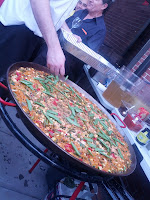 We've been eagerly awaiting the opening of the Princeton outpost of Spanish food market and cafe Despaña.  It's finally opening this Friday June 21.

We were lucky enough to get to the sneak preview event last Friday, along with other locals, New Yorkers come down on the train, and we even met a Spanish couple who had come from as far as Ottawa. The wine was flowing, a trio of Spanish musicians were playing, the weather was beautiful, and they were serving up a huge paella and fideos on their rooftop deck.

Inside, they were carving up a leg of jamon iberico -- we spent some time parked by this station, where we each ate probably at least $50 worth of meat. 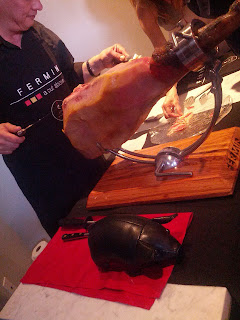 There was also croquetas, papas bravas, tuna on crostini, cheese, jamon and more... 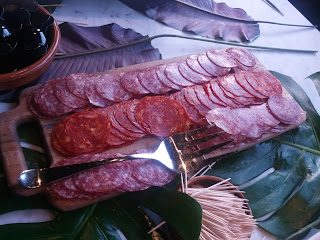 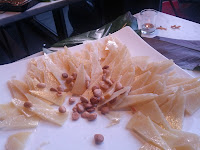 Here's a picture of the jamon iberico about halfway through the evening...

We are hoping to get a table for a real meal this Friday - will report more later! 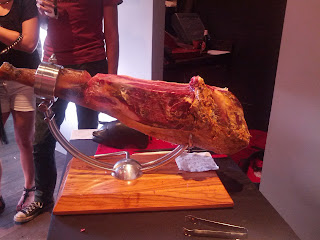 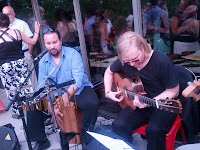