Eating in Cape May, NJ 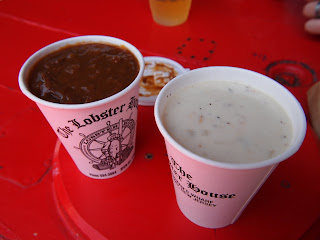 Over the Memorial day weekend, the TIGBG crew took a day trip to Cape May, New Jersey. We rode over from the Delaware shore via the ferry out of Lewes, a pleasant hour long ride.
Our first stop for snacks after we disembarked was The Lobster House. The place has the feel of a tourist trap, but we enjoyed sitting dockside on the pleasant day next to moored fishing boats. I was told by some friends to try their snapper(turtle) soup. We also ordered a small cup of their clam chowder. The snapper soup was very rich and hearty. Too bad, it did not come with some sherry. We were disappointed in the chowder which was not hearty enough. 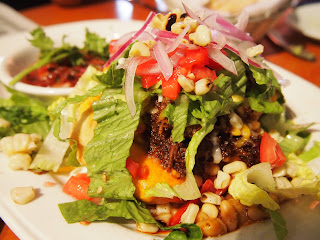 Our next stop in Cape May was Gecko's, a Southwestern restaurant. We shared some chips with salsa and guacamole and a Ute taco. It's a Navajo fry bread topped with lamb adovada and bean & corn salsa. It came with a chipotle salsa. The lamb was similar to pulled pork, and it was a little spicy. Gecko's is definitely worth returning to as their dinner menu had some delicious sounding plates. 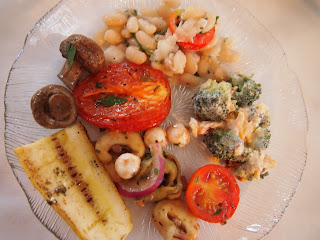 For supper, we went to the Magnolia Room, inside the Chalfonte hotel, for the Sunday supper buffet. Fougoo had heard that the fried chicken was special because the chefs use their mother's old cast iron skillet which is over a hundred years old to make the chicken. Also, a key component to their recipe is that the first fry onions brown in the oil prior to putting the chicken in. The chicken was good, with subtle seasoning. The skin was wonderfully crispy.
The rest of the buffet was Southern style cuisine including black eye peas, broccoli salad, ham, and stewed tomatoes. For dessert, we tried their chocolate cake and tapioca pudding. 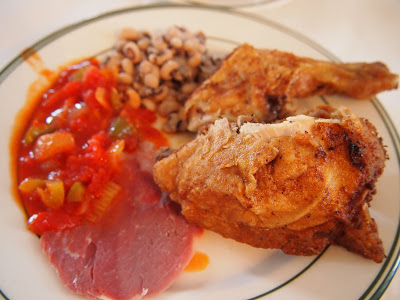 Hi there!
My name is Jane and I'm with Dwellable.
I was looking for blogs about Cape May to share on our site and I came across your post...If you're open to it, shoot me an email at jane(at)dwellable(dot)com.
Hope to hear from you soon!
Jane