Breakfast at KFC in Shanghai 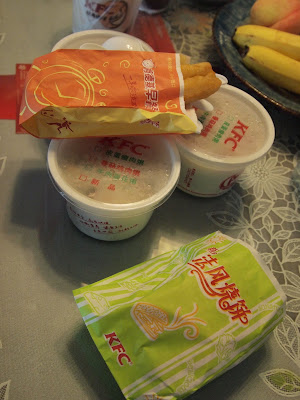 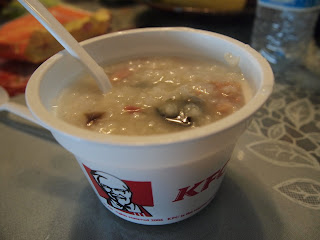 KFC is really popular in China, even more so than McDonald's. It's probably because they've adapted their menu to include Chinese favorites as well as the Colonel's finest.
We got some breakfast from a nearby branch on our first day in Shanghai.
They had mini You Tiao, a deep fried stick of dough, and I enjoyed my bowl of Congee that had pork and some thousand year egg in it. 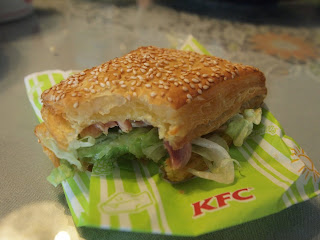 While these were fast food versions of traditional Chinese breakfast items, KFC also had a breakfast ham sandwich made with Shao Bing (sesame seed covered flat bread). This was actually pretty good as well.
Posted by 1000yregg at 4:47 PM