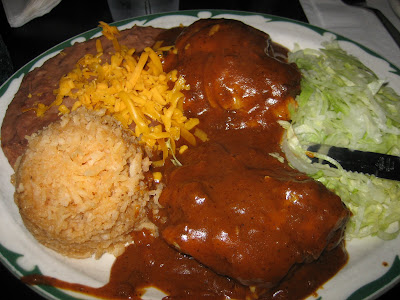 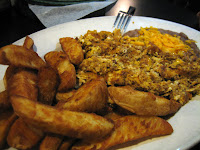 Redneckhunter also insisted we go to Howard's in West Omaha, a traditional Mexican joint where his uncle Miguel would often play with his mariachi band. No mariachis this evening, but still good food, even though apparently we were seated in the "gringo" section.

I got chicken mole - while the sauce was not the best I've had, I did appreciate that the chicken was on the bone. Redneckhunter got huevos con chorizo, which came with papas fritas and a beans. He also ordered a side of fideos (thick noodle soup). I don't know if his eating technique is traditional, but it involves wrapping everything - eggs, chorizo, beans, rice, fideos - up in tortillas. 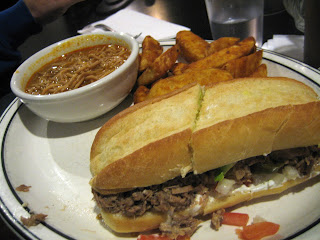 His brother got a collection of a la carte items - papas fritas, fideos, torta con carne - I think the entire plate totalled only $4! 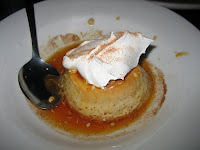 Then for dessert, we had sopapillas and Kahlua flan. 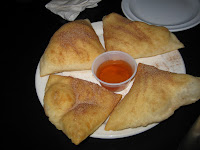 Howards started out in a very small house, with like 7 tables.

And, for the record, it's in what's considered "South" maha, not west.