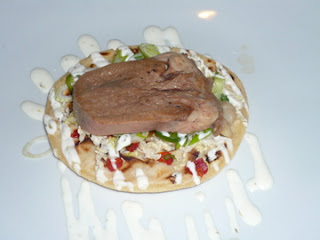 Kwan, BigfatLar, and I managed to get reservations to Vidalia in DC for restaurant week, and boy were we not disappointed.
For appetizer, I had to get Vidalia's Veal Tongue- it was really nice and tender, and the way it was served on a flat bread with jalapenos reminded me of lengua tacos. Kwan got the wild mushroom soup which had sone nice pancetta in it, and Lar had the Briar Hollow farm rabbit sausage served in a nice broth. 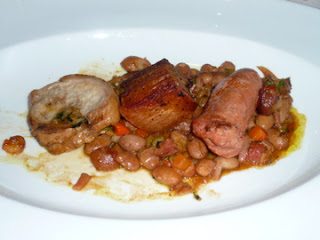 For entrees, I got the Black Foot Pork Cassoulet which was a little different than what I'm used to in that it was served plated. You're less likely to get a crust, but the beans and pork were delicious regardless. 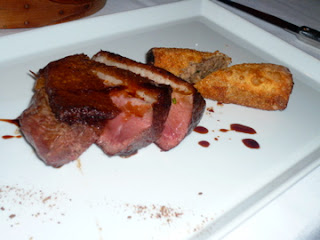 Lar ordered the Charles Farm Duck Breast- it was cooked beautifully and came with a nice little duck spring roll on the side. 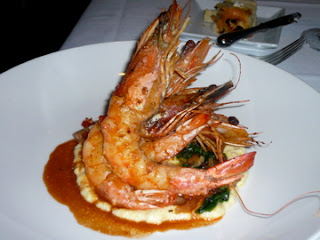 Kwan got one of Vidalia's signature dishes, Shrimp and Grits. The shrimp were of good size and they came with the heads, yum. I tried the grits, too- nice and creamy. 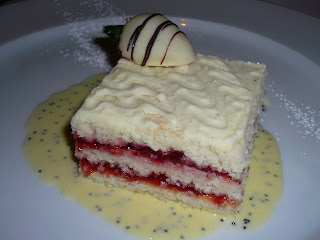 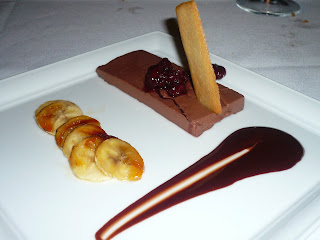 Dessert was really good as well. We tried three items: Lar had the Madagascar Vanilla Bean Cake- it had layers of strawberry jam in it and the sauce had poppy seed.
Kwan had the Valhrona Guanaja Chocolate Panna Cotta which had a real nice dark chocolate flavor, and went nicely with things like banana and a nice cherry compote.
I had the Peanut Butter Crunch which was like a chocolate peanut butter wafer, and it came with an awesome salted caramel sauce. 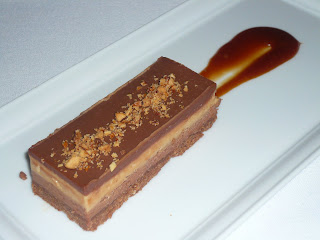