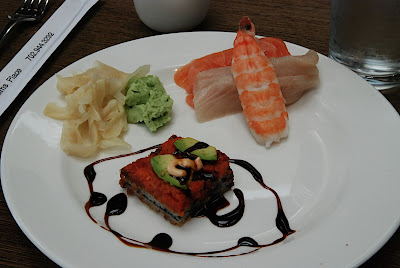 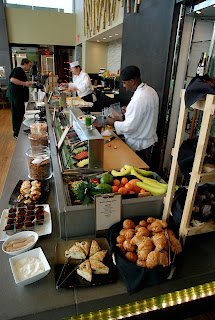 I went to Las Vegas last month for Matador 21 concerts at the Palms with several friends from grad school. We stayed at the Palms Place hotel in a swanky suite that had a tub in the center of one of the rooms. On Sunday, we had sumptious brunch at the Simon Restaurant, owned by celebrity chef Kerry Simon.
It's all you can eat buffet style, and you can order special items off a menu as well. A big plus was that you can just come down from your room in your pyjamas. We opted in on the bloody mary bar- all you can drink bloody marys with a choice of various vodkas, hot sauces, and ingredients ranging from horseradish, gardinera, various pickles and celery. 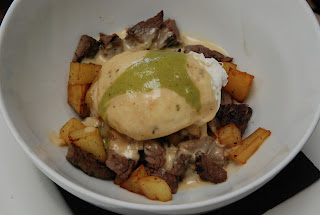 From the buffet, they offer sandwiches, sushi, breads, and fruit smoothies. I started with a plate of sushi. One of Simon's specialties is a spicy tuna with sesame rice crisps. My friend Verder raved about the yellowtail. 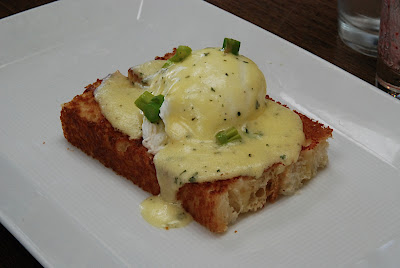 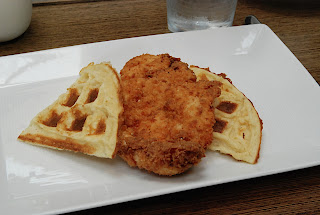 Our table then proceeded to get a variety of items from the made to order menu. There were several items using poached eggs. See got the lobster eggs Benedict version which had the lobster cooked in the bread. Chupacabra got a version with beef, chile verde and potatoes. 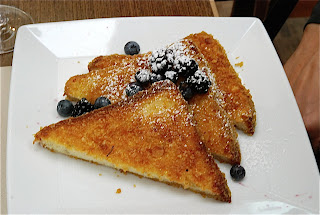 I was compelled to order the fried chicken & waffles. I was a little disappointed that the chicken was a boneless chicken breast, but the batter on the chicken and the waffles were tasty.
A big hit was the deep fried brioche French toast See ordered. It was decadent. 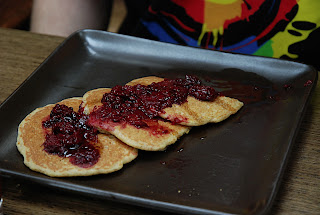 We finished out the meal with the Simon Junk Food plate which included all items made by the kitchen including one of the best Snowballs I've ever had. Their version of the Hostess cupcake was also good. I thought the Fruit Loop crispy was too sweet though.
Another bonus for the meal was that we saw singer Neko Case at the table behind us. 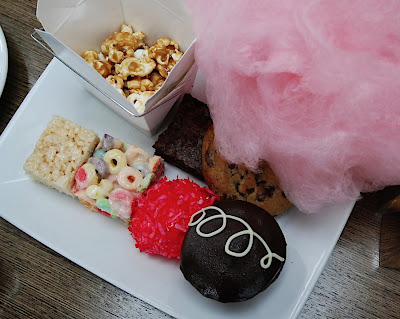