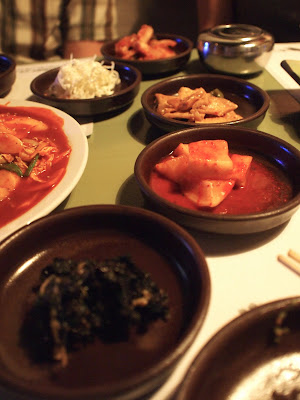 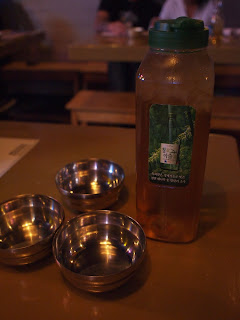 One late night in Vegas, I went to Soyo Korean Bartaurant on the south side of town. It reminded me of a Japanese izakaya, but the cuisine was Korean and soju was the drink of choice.
When you walk in, the decor is whimsical with shelves of manga along the walls, and several private booths elevated above the main floor of the restaurant.
The menu is a wide array of Korean bar food including soups, noodles, and side dishes. Since I was flying out the next day, we only drank a pitcher of beer, but next time I go, I plan to try their sojus.
Upon arrival, you are immediately served a container of cold barley tea poured out in metal cups. It was a refreshing start. They also brought a variety of bon chon including kimchee, seaweed, and a kind of cole slaw. 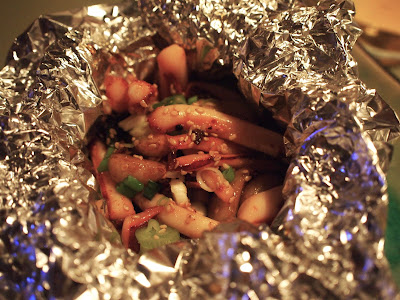 We started with the grilled squid and garlic. It came in a ball of aluminum foil which was unwrapped at tableside. The fragrance of the garlic was the first thing you were hit with. The squid was light and flavorful 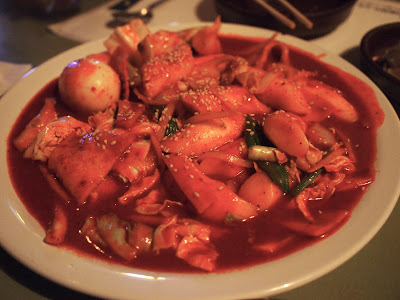 We also ordered the dduk bok-kee, the rice dumpling and fish cakes with cabbage and carrots. They pulled no punches on the spice and the dumplings were wonderfully soft. 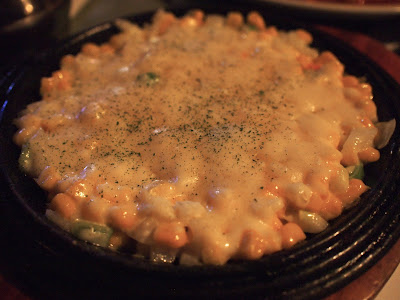 My friend Alex was intrigued about their dish with sweet corn & green onion topped with mozzarella. Served in a cast iron plate, this was surprisingly satisfying. 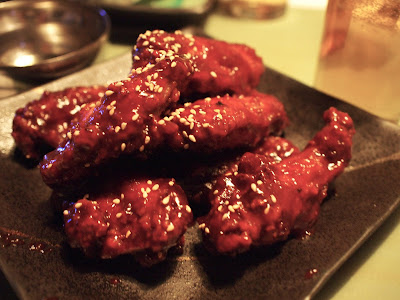 I knew right away, I had to try their version of Korean fried chicken. Their's was more saucy than my preference, but packed with spicy, soy garlic flavor. Not Bon Chon, but not bad at all. 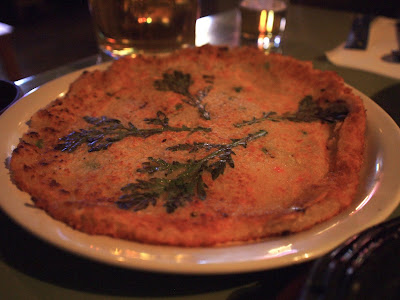 For our last course, we ordered the gamja jeon, or potato pancake. The Koreans like theirs savory, dipping it in a little soy sauce.
This is a great place for late night snacks and drinks, and I plan to drop by Soyo again when I return to Vegas this summer.